The source code for this project is available at GitHub and here's a live example of the website.

To start, you need to have a configured Jenkins installation with the xUnit and NUnit plugins and a project set up that checks out the source code for the NetCoreHeroes sample. Obviously, npm and the latest .Net Core SDK should be installed as well. You can also check out how to install Jenkins on Windows and prepare it for .Net Continuous Integration. I've also written another post with a bit more details of how to continuously test .Net Core apps.

Prepare the Project for Unit Testing

If you've read the last article in this series, you should be able to locally run the tests for the project in Visual Studio. The xUnit test runner is already configured as dependency and therefore, the dotnet test command will be available whenever the project is restored. Chutzpah, however, is a Visual Studio extension and therefore not present on your CI server. Luckily, there's a Chutzpah NuGet package available that you should include in your main csproj so the chutzpah.console.exe tool is being downloaded upon project dependency restoration.

Tip: Chutzpah 4.3.0 or newer is required for the Server Mode. That's where Chutzpah itself hosts a webserver to serve the test scripts

NuGet packages are stored by default in your local user profile folder in the .nuget folder, and since it's a build dependency nothing is being copied to output.

You'll only need five commands to completely build the project and run the tests in Jenkins: 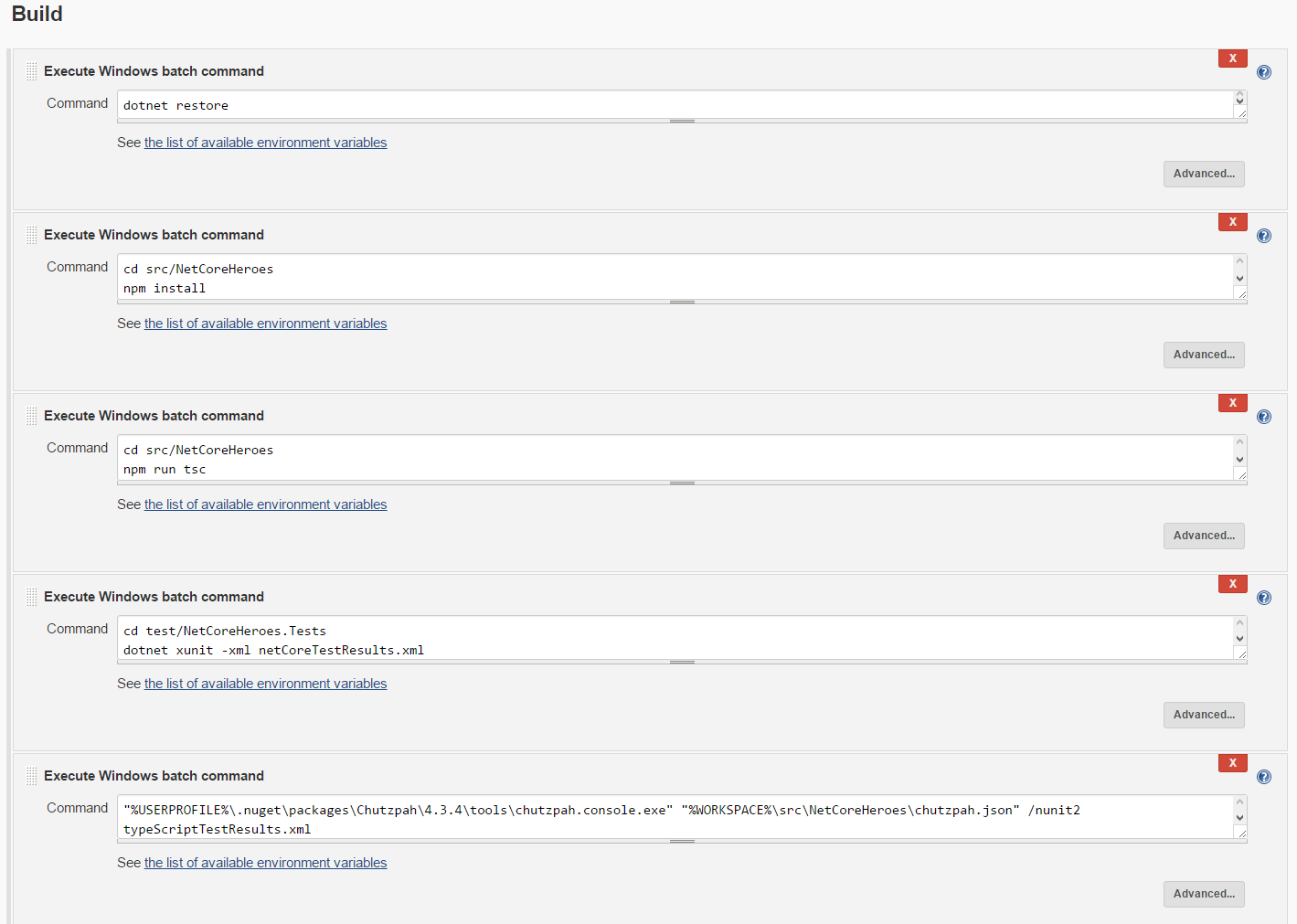 Now that the tests are being executed and saved to two xml files, you'll need the following two post build actions:

After that, your tests should be reported in Jenkins!

Update 21.02.2017: The demo project is now using webpack as module loader, see here (and on GitHub) how to upgrade